Hello, my name is Angela Huang, and I'm a dual enrollment student at SFSC and Sebring High School! The project I developed alongside Dr. Daniel Sanches is called "Assessing the Role of the Circadian Clock in Thyroid Cancer Cell (MDA-T41) Metabolism and p53 Expression".

I chose this research topic because I think that a common experience amongst students is a lack of sleep, which is what piqued my interest in the circadian rhythm and its effects on the body. I have also held a strong interest in cancer for a while, and so this project is essentially the intersection of these two topics. While we haven't begun the project yet, we are in the process of getting the materials, and hope to start soon!

Transforming growth factor beta (TGFß) superfamily is a group of chemokines involved in regulation of cell processes in growth and differentiation. They are also involved in regulation of angiogenesis, the physiological process through which new blood vessels form from existing ones.  These regulatory proteins include TGFß subfamily, activin and inhibin subfamilies and bone morphogenic proteins, and generate intracellular signals by binding type I, type II and type III TGFß membrane receptors. Intricate ligand-receptor interactions are responsible for generating varied downstream signals in various cells. Therefore, this project studied the profile of TGFß receptors expression on the endothelial cells that line the blood vessels and migration of which is an essential part of angiogenesis. When dysregulated, the formation of new blood vessels through angiogenesis contributes to many disease conditions including cancer. We found through RT-PCR that three TGFß receptors ACVRL (Activin-receptor-like Kinase 1, ALK-1), TGFß Receptor 1 and Endoglin are expressed in human umbilical vein endothelial cells (HUVECs). Subsequently we would like to test the apoptotic or proliferative effect of each ligand on the HUVECs as well as the receptors recruited by these ligands. Understanding the ligand-receptor relationships and effects will provide greater insight into the process of angiogenesis in health and diseases including cancer.

Role of Sugar in Cardiovascular Disease

Cardiovascular disease is one of the most common diseases. Endothelial cells that line the arteries, generally protect and help the arteries perform, but when they are dysfunctional, they lead to leaky endothelial lining causing atherosclerosis. Inflammation is known to cause endothelial dysfunction. Sugar or sucrose, an over abundant and excessively consumed dietary component made up of glucose and fructose, has been associated with many diseases including cardiovascular disease. This project studied the effect of sugar on endothelial cells. Primary human umbilical vein endothelial cells were treated with glucose and fructose for three days and the levels of IL-6, an inflammatory marker, Nitric oxide, molecule involved in vasodilation, and endoglin, a cell surface receptor involved in cell signaling, were measured in culture media. The average levels of IL-6 were significantly higher in the media of the cells treated with glucose, fructose, or both as compared to untreated cells. The levels of total nitrite, an indirect measurement of nitric oxide, were found to be lower in cells treated with glucose/fructose. Also, the average levels of endoglin were significantly lower in treated cells. These effects were the most pronounced in the cells treated with a combination of glucose and fructose. This data suggests that glucose and fructose can cause adverse changes in the endothelial lining of the arteries and therefore sugar consumption may play a key role in development of cardiovascular disease. Government policies and public awareness programs are warranted to prevent this common disease through simple lifestyle changes.

Colorectal cancer is a second most common cause of cancer death in the United States. Recent findings suggest that many colorectal cancers are likely to have spread long before the original tumor can be detected by current screening tests. A fundamental event in the spread of cancer cells and metastasis is the Epithelial-Mesenchymal Transition (EMT) of the cancer cells that enable the cells to detach and migrate. A surface protein expressed by epithelial cells, E-Cadherin, plays a role in cell junctions and attachment and keeps the epithelial cells anchored. Vimentin is a cellular filament generally expressed by the mesenchymal cell as well as migrating cancer cells. This project analyzed the expression of biomarkers, E-Cadherin and Vimentin, to track the Epithelial-Mesenchymal Transition in colorectal cancer. Deidentified specimens of Paraffin-embedded tissue sections on slides from non-cancerous, pre-cancerous, and cancerous tissue samples taken as biopsies during colonoscopies for routine histopathological evaluation were analyzed for expression of EMT biomarkers E-Cadherin and Vimentin by immunofluorescence. We found that normal tissue specimen expressed E-Cadherin in the epithelial cells and Vimentin in the stromal mesenchymal cells. Interestingly, some epithelial cells within the precancerous and cancerous specimens were found to express Vimentin suggesting initiation of EMT in these cells and their capacity to migrate. The use of these biomarkers to supplement histopathological evaluation is promising and would provide more predictive and detailed analysis of cancer progression in tissue samples to aid in the choice of appropriate treatment plan. The accurate pre-treatment patient evaluation supplemented with such markers is pivotal to the modern push for personalized therapy.

According to previous work, angiogenesis, the process by which the body forms new blood vessels, is promoted by the growth factor protein Bone Morphogenetic Protein 9 (BMP-9), part of the Transforming Growth Factor Beta (TGFβ) signaling protein family, and its protein receptors Activin Receptor-Like Kinase 1 (ALK-1) and Endoglin (Biochem. Soc. Trans. 39, 1659-1666 (2011); FASEB J April 2014 28:544.2). Recent studies have indicated that these signaling proteins and receptors have been detected in the hippocampus (the region of the brain associated with learning and memory) with a significant expression (J Alzheimers Dis. 63 (4), 1433-1443). This leads to the question, “Do neurons express the protein receptors ALK1 and Endoglin? If so, does the signaling protein BMP-9 effect neurite outgrowth (projections from the cell body, such as axons and dendrites) and ALK1 expression in neurons, such as in the angiogenesis of blood vessels?” This research aims to test for the expression of ALK1 and Endoglin receptors in neurons by reverse transcriptase - polymerase chain reaction (RT-PCR) and also test the effect of TGFß ligands BMP-9, Activin A, and TGFß1 on neurite outgrowth. We also propose to co-culture endothelial cells along with the neurons, stain them with different fluorescent dyes, and determine if any connections or tubes form or if endothelial tube formation and neurite outgrowth with the cells are associated with each other. Previous work indicates that use of rat PC12 cells for the neurite outgrowth assay (BioTechniques 35:254-256 (August 2003)). The conclusions from this research can lead to the formation of a connection between decreased levels of ALK1 and/or BMP9 in the hippocampus and its effect on neurite outgrowth, neuron function, and memory loss. 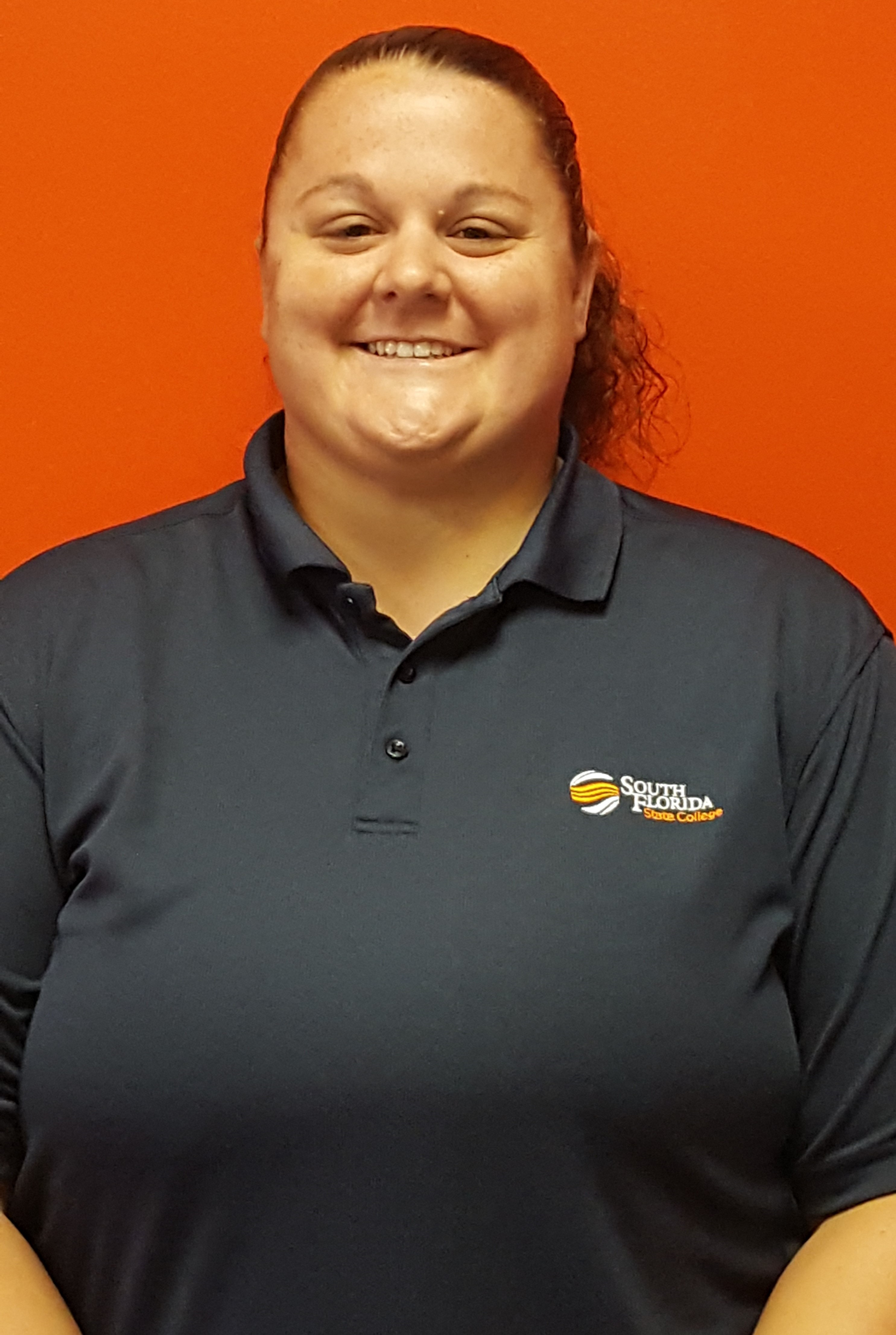 SFSC is partnering with Hemp4Water™ to research the use of industrial hemp in the removal of nitrogen and phosphorus from Florida’s lakes and rivers.